With quite a few different projects being worked on and even completed!!!

Jackie has made this bright Kindle stand (we borrowed Lynda's phone for photographic purposes). Apparently this sit nicely on Jackie's .... er ... chest so she can read her device in bed and no hands!
This could be made in all sizes to fit any tablet.

Louise has made a raggy Heart Wreath to go in her kitchen.
Elizabeth was finishing sewing down the binding on a baby quilt for her daughters friend.

Lesley made this --- ages ago and was about to hang it in her sewing area when she found that she had still to stitch down the binding. It's all of 12" square so that job was finished too (just!) 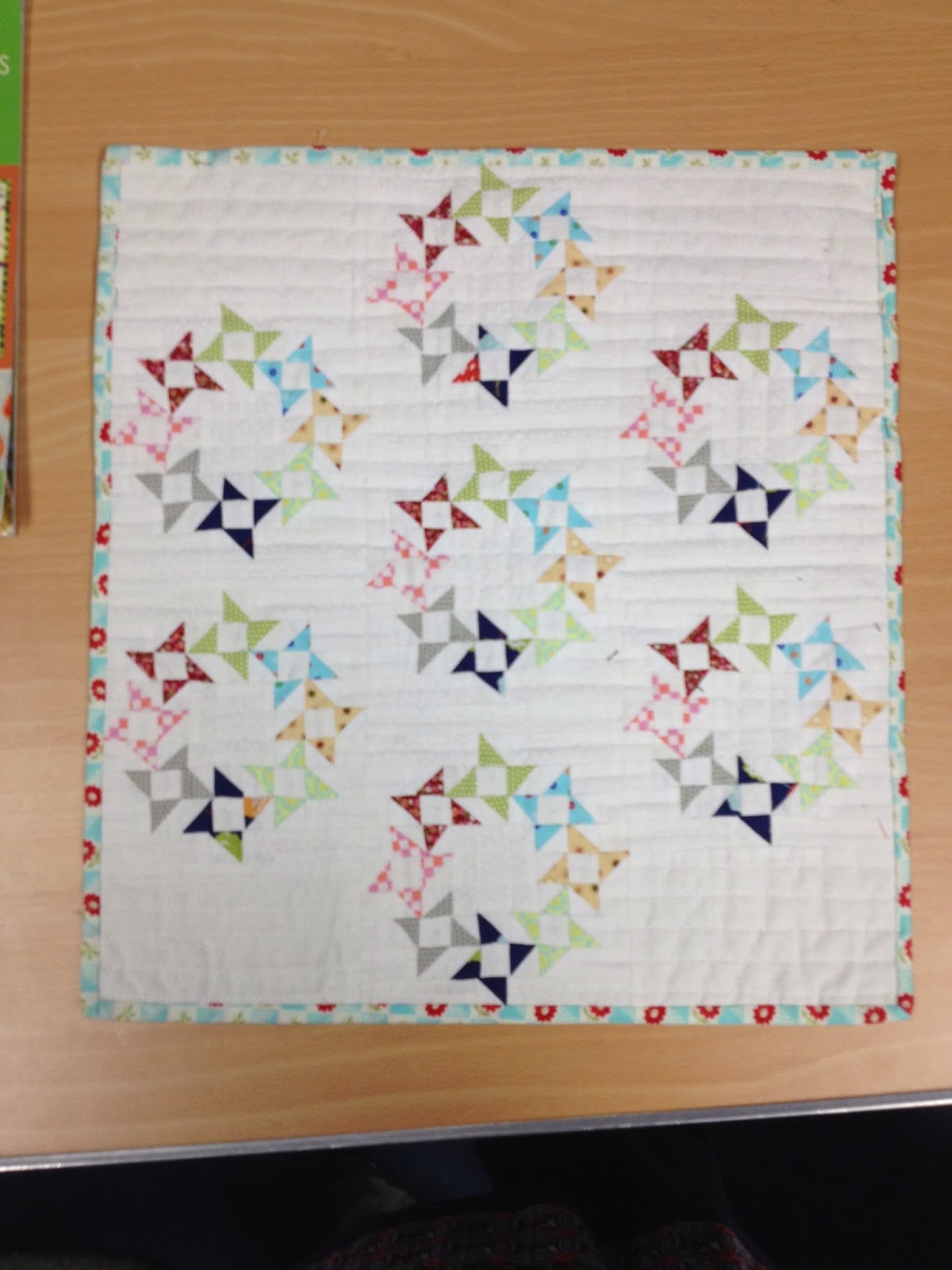 And in the rest of the room. there was lots of stitching going on. 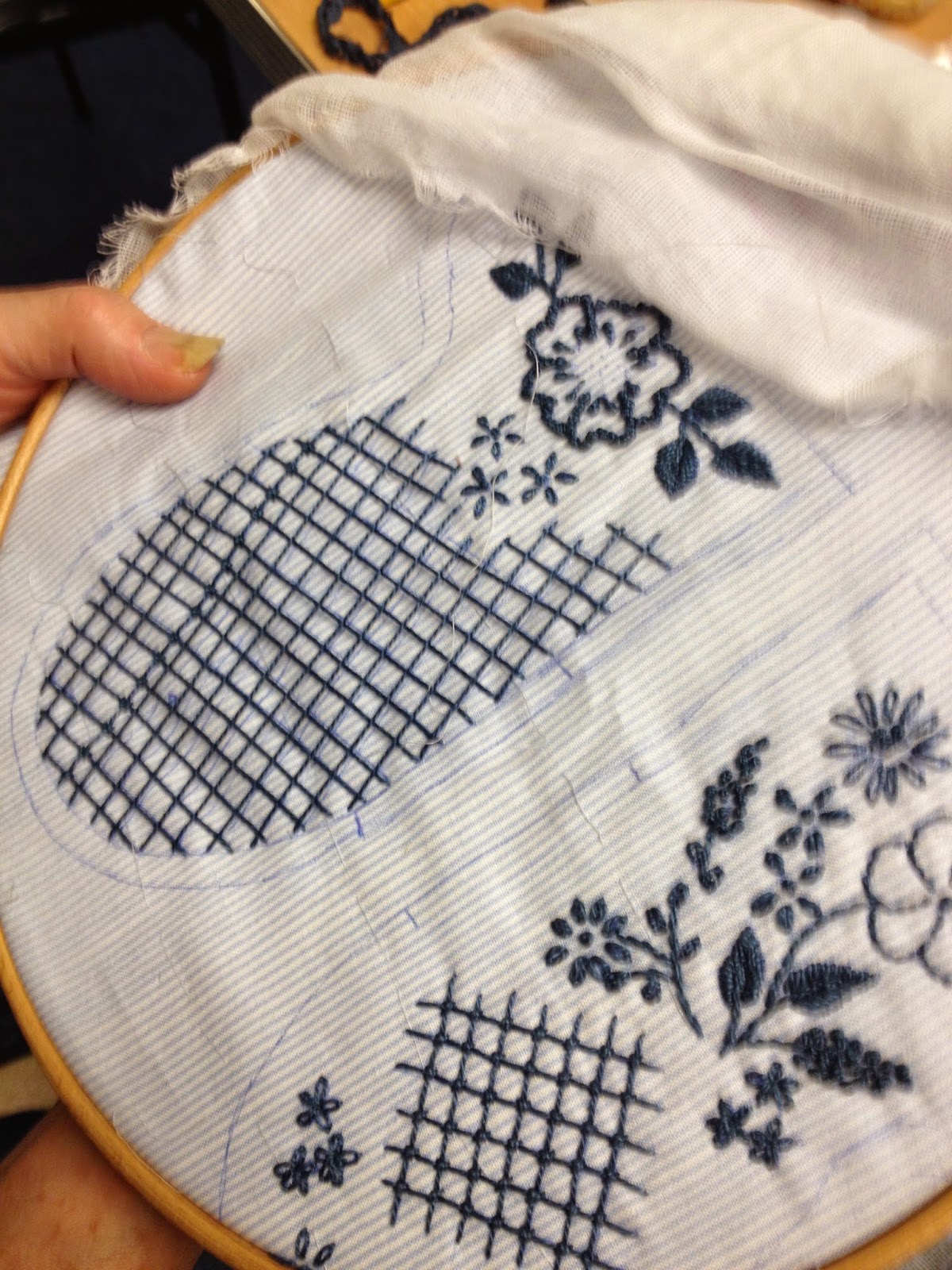 Nesta has finished the blocks for her sons quilt. This has been a labour chore bit of a challenge to Nesta, as the fabrics (brought back from Burma by said son) are definitely NOT Nesta's choice of colours.  It's funny how hard, working with alien colours can be so hard.
Anyway, she is appliquéing these peacocks onto the black fabric ready to add to the back of the quilt.
Brenda was using up some scrap fabrics on a Crazy panel the she will donate to our cushion raffle at or Exhibition in September 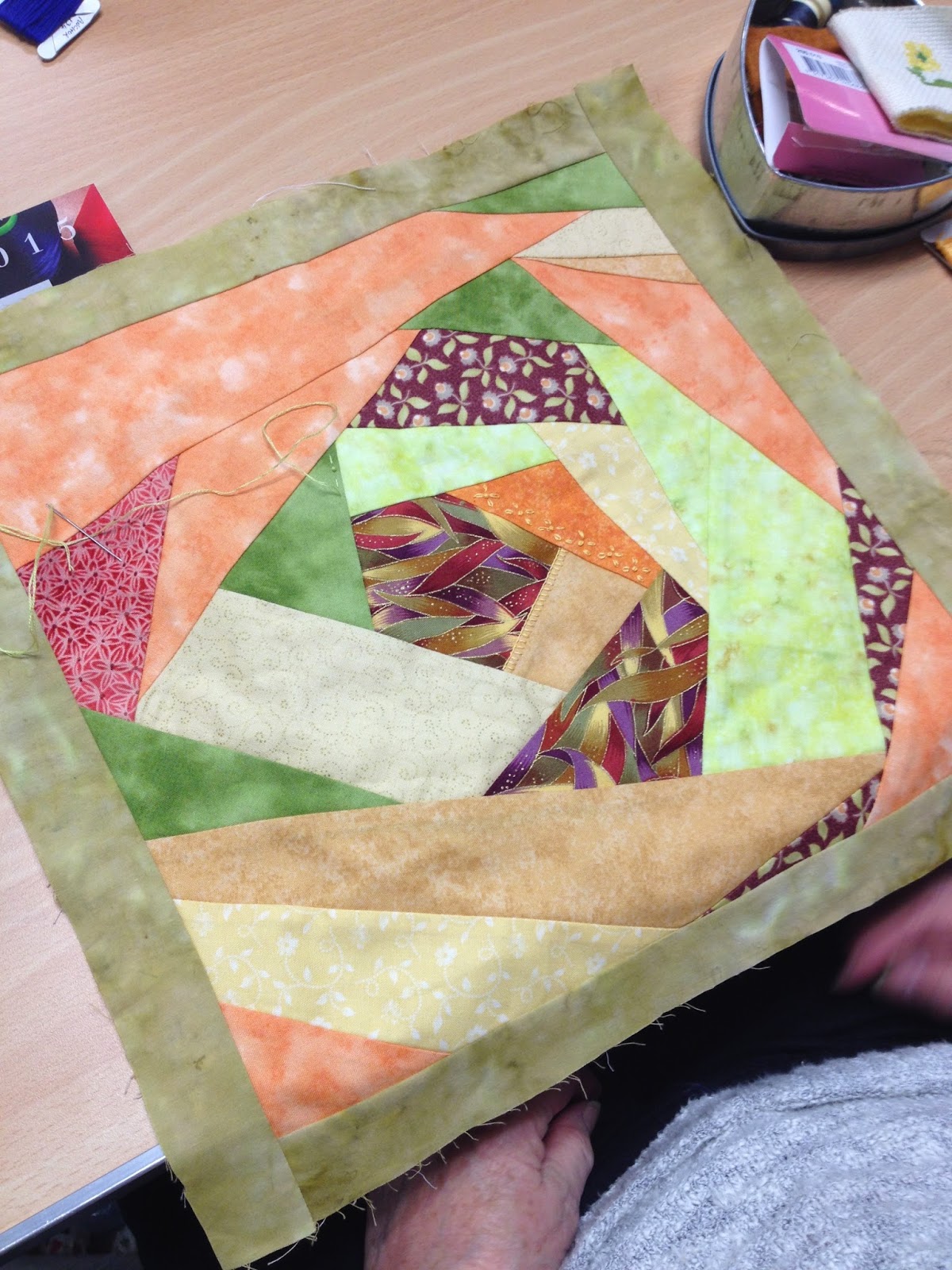 Susan was piecing together a jigsaw of blocks
And last week I promised to show some finished postcards.

Carol finished hers off with machine blanket stitch. Not something she will be doing again it seems...
Susan finished hers of with a very close zig-zag (not quite satin stitch ) 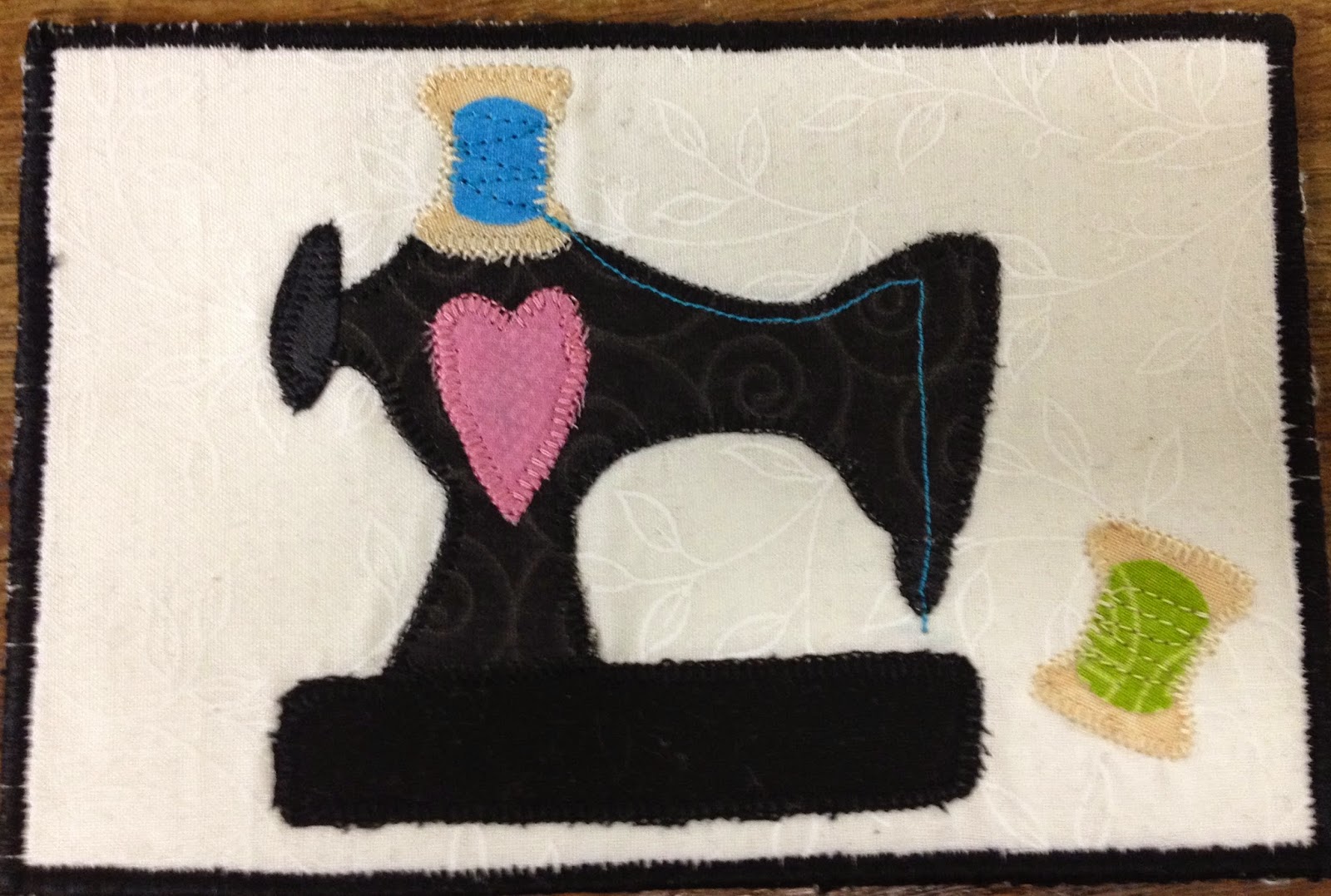 And somewhere in her Mum's stash was found a printed panel that was put on the back
The temperature has dropped considerably and we have had a furry of snow,  a good weekend to snuggle up with some sewing,  ladies.
Posted by Higham Piecemakers at 17:11 3 comments:

that took all of 20 minutes to get through the formalities. Sorted for another year!!


There was a full house this Monday, and the heating was working fine (phew --- it WAS hot)  so I tried not to move about too much! (nothing new there)
There were lots of new items on the go and lots of chatting too, which is good, because we are a social group, and it's not all about the work.

June is our new Treasurer, and we must keep her sweet, so her sock snowman is the first thing that I will show you today.
Barbara had made a family of cats - again for her Grand Daughter who is a teacher. Now, Barbara has 10 grandchildren but all of the projects that we have seen lately are for the same one. Is this favouritism or is she the most demanding  appreciative. 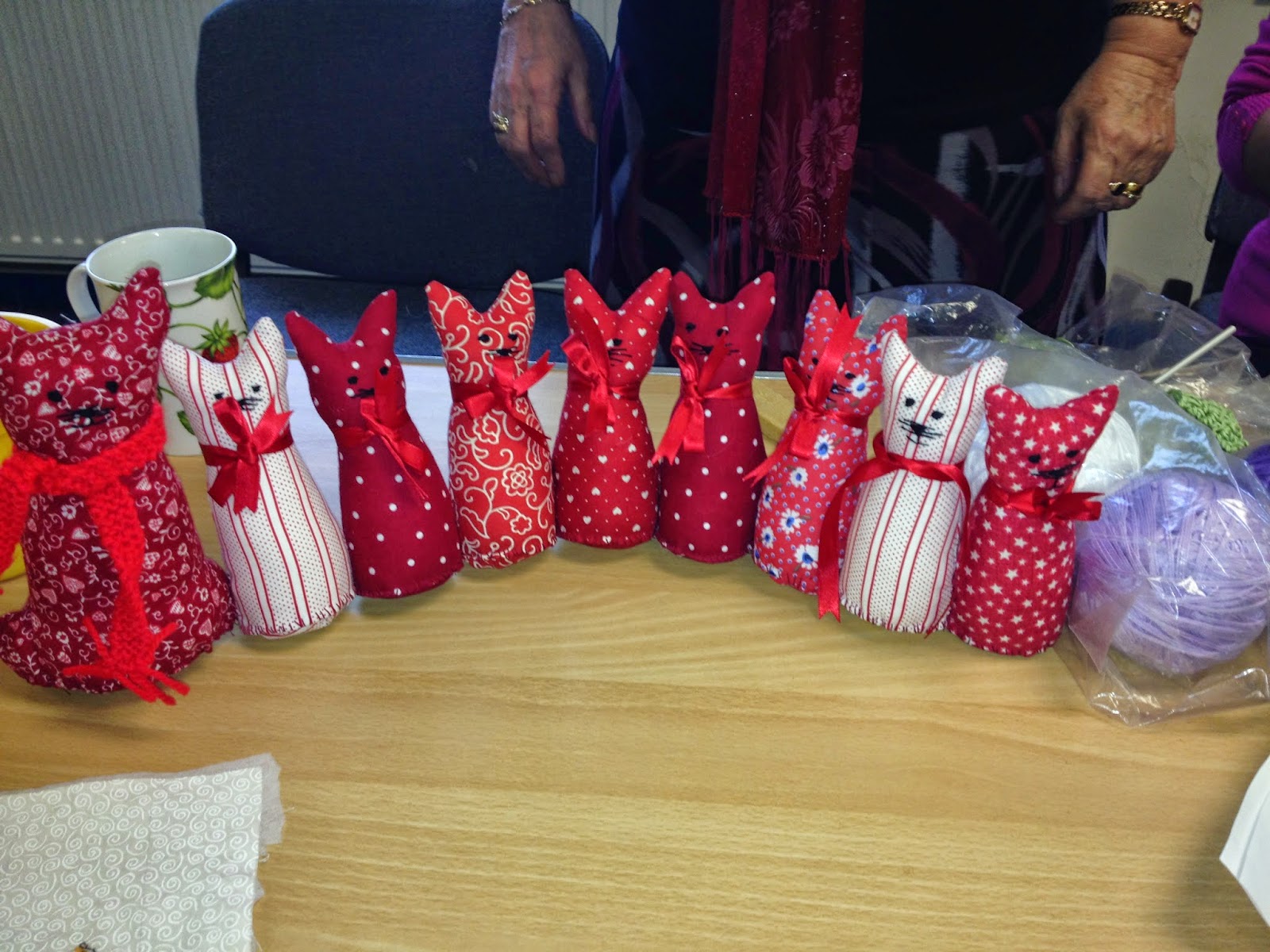 Glennys has nearly finished her Lucy Locket stitchery. There are a few of these being worked on or are complete. It is a nice pattern and I may have to have a go myself 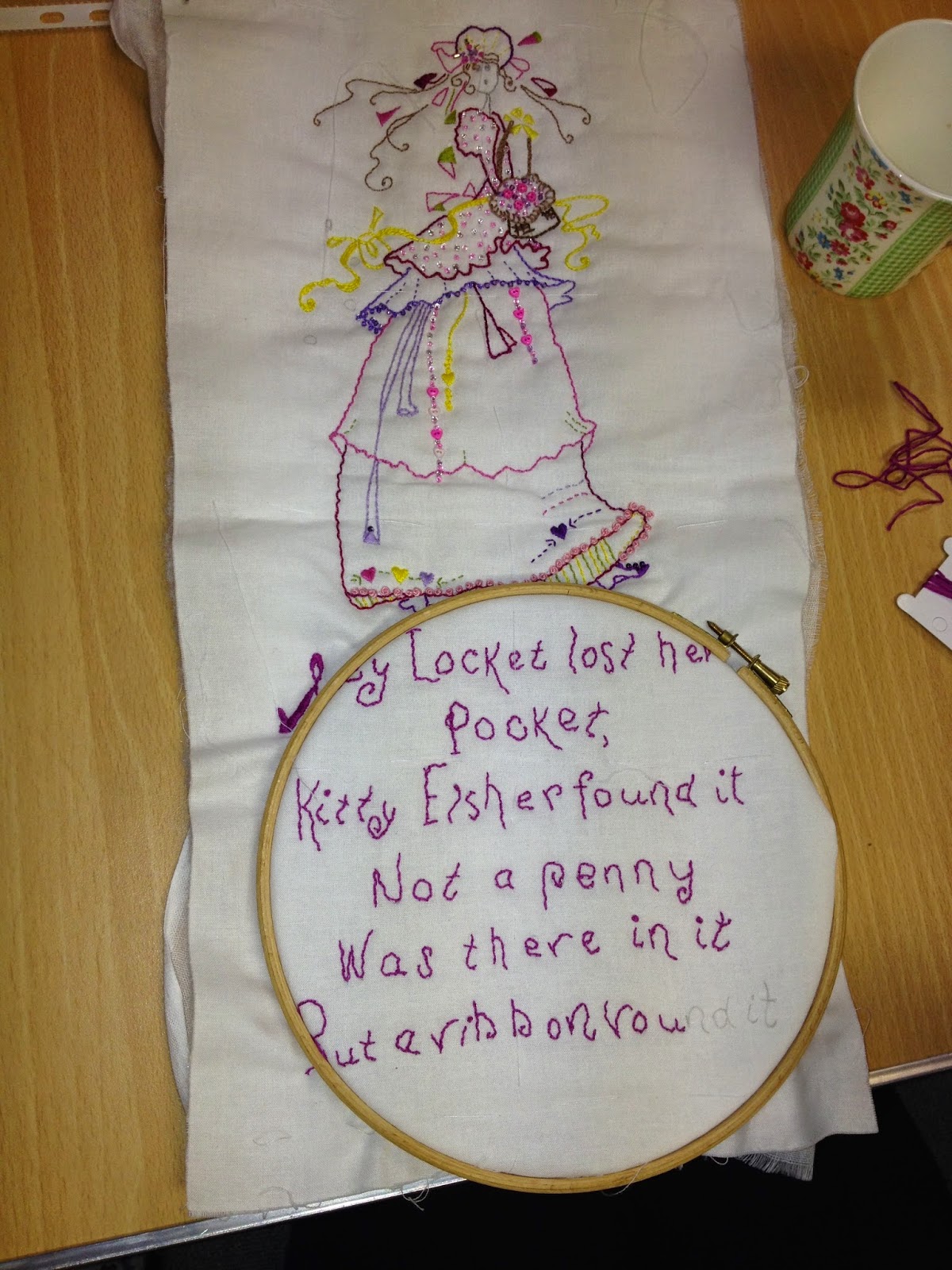 We have seen Ena's Chatelaine being worked on over quite some time. It is very small, with tiny beads, and although our dear Ena can make anything go wrong, she has made a sterling job of this.

It is Beautiful
I can't imagine me ever attempting something on this tiny scale!
Well done Ena!
Chris (one of the Wellingborough w crew) has started a stitchery panel. 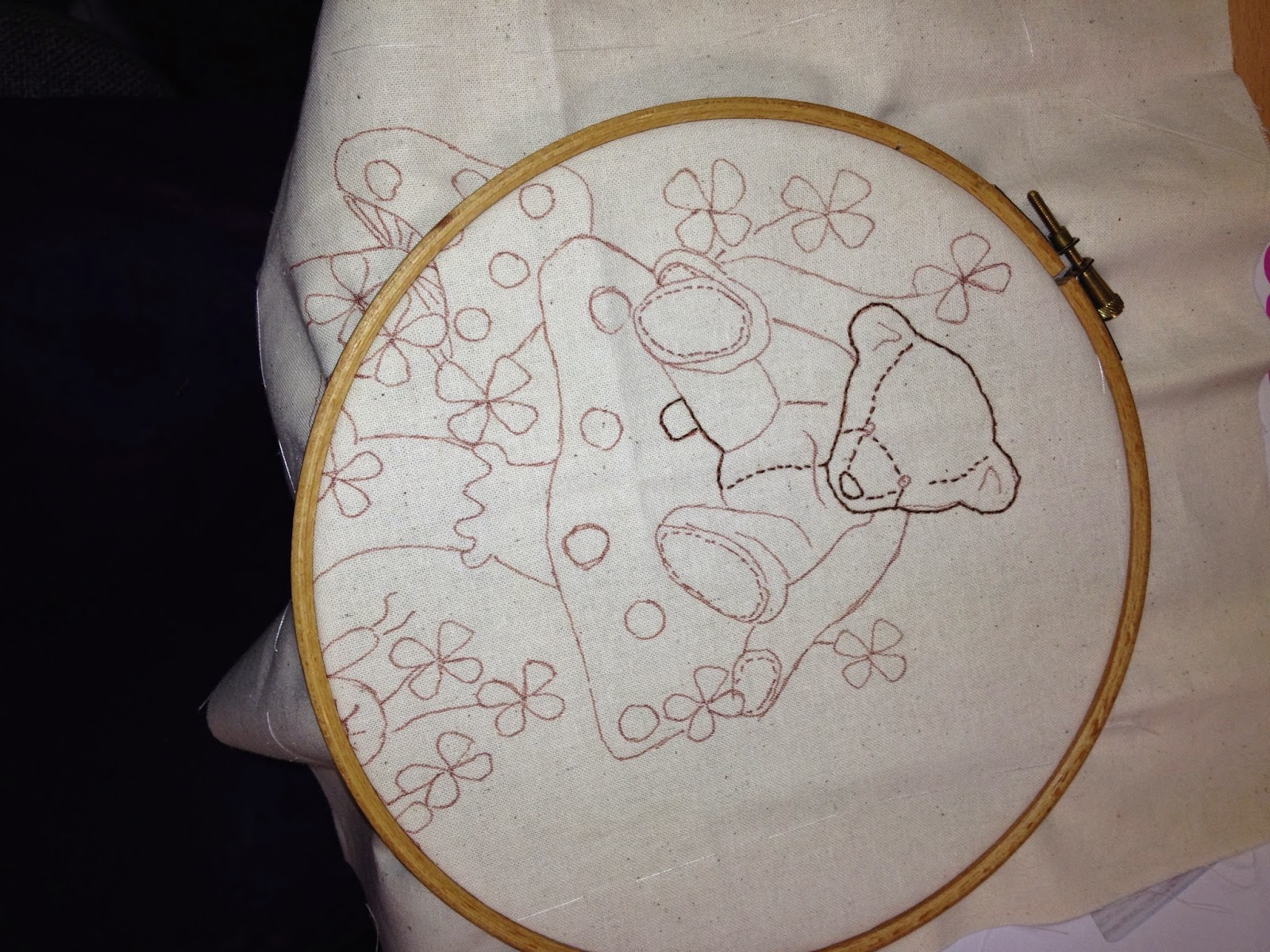 Pauline is making a family of knitted mice. An early start for the Festive Season. 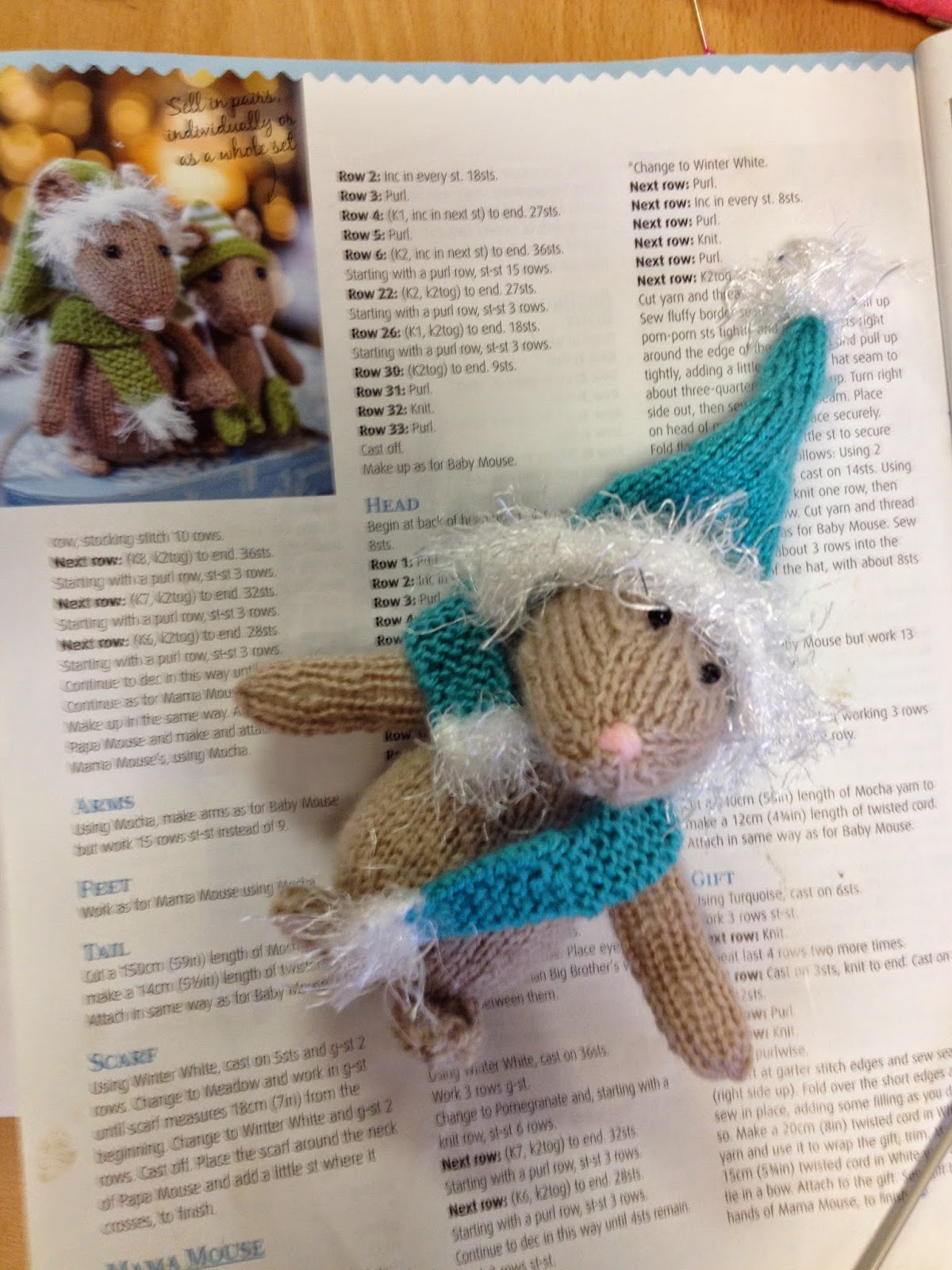 And Ann is still finishing her collection  of Postcards from last week. Another getting a head start (though Kay thinks she will have lost them by December!)
Barbara is working on several shapes using English Paper Piecing, and this is a "fussy cut" hexagon block. 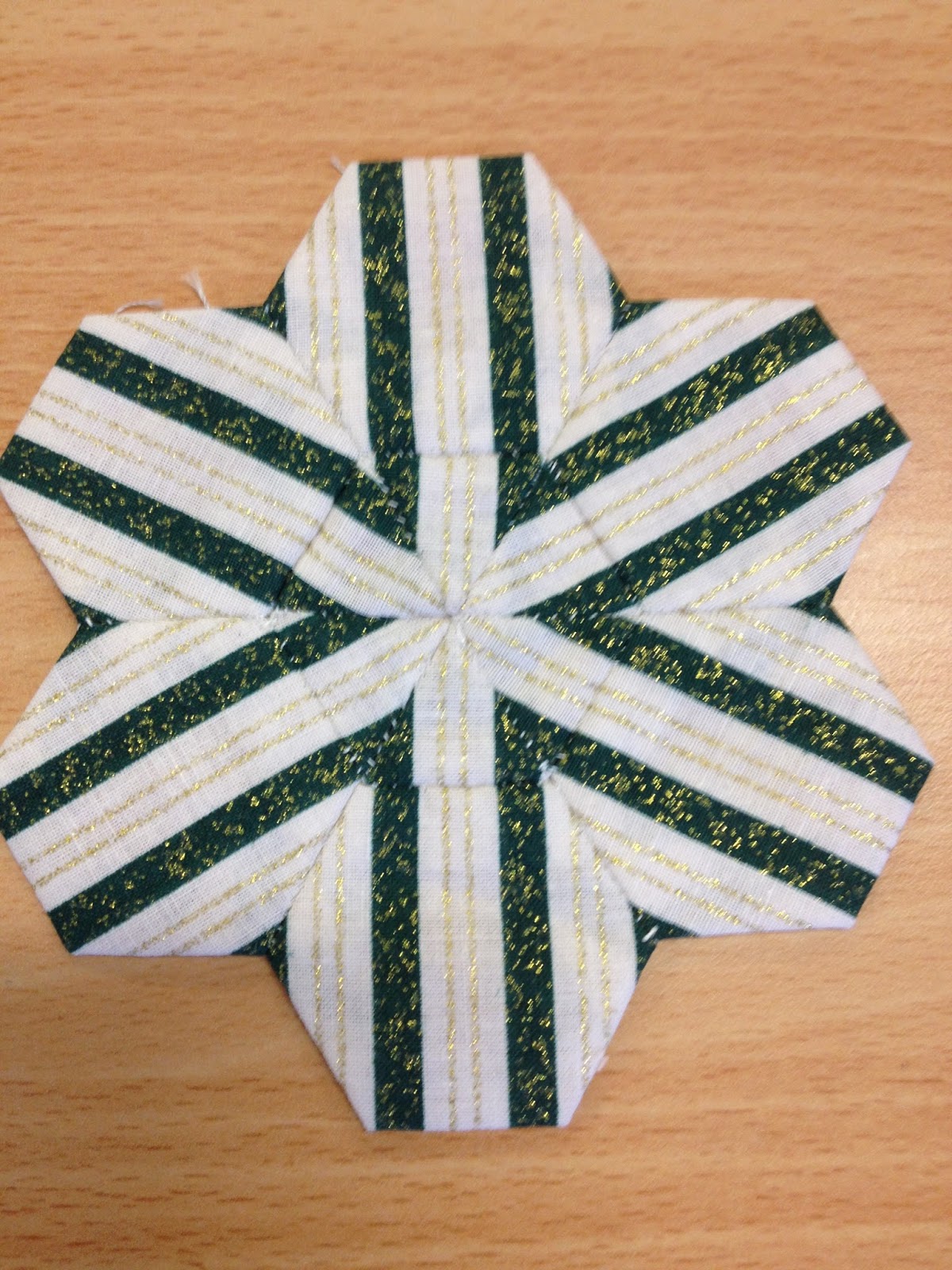 Diane is busy working on a piece of Candlewick Embroidery that will be made into a nightdress case. She has even gone out to buy a nightie to put in it as she only had Pyjamas at home! (didn't want to break it to her that they could have been stored there too!)
Maria has cut DOZENS of hexagon shapes, ready to stitch into a throw for her lounge. This will be an ongoing hand project. 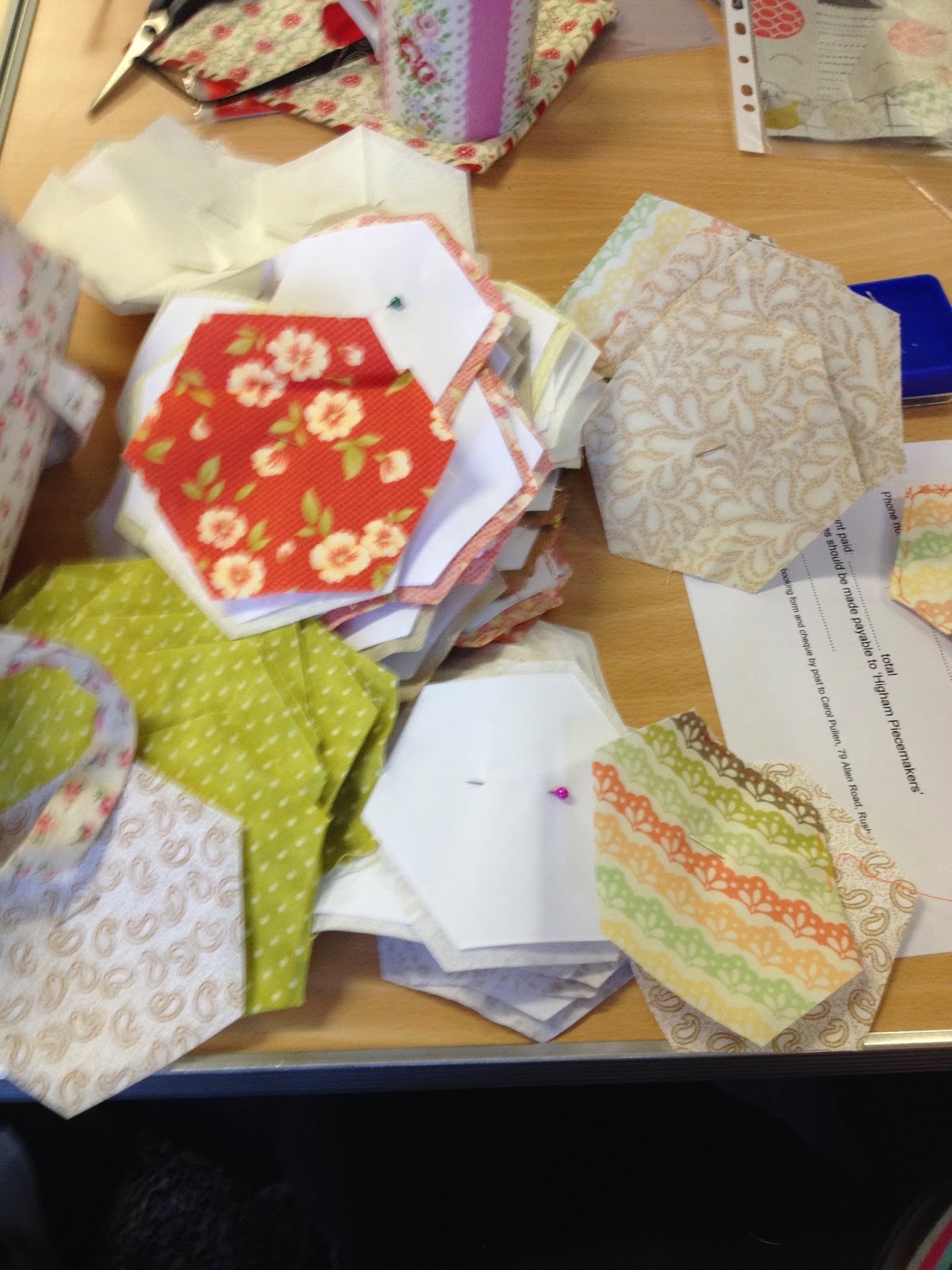 Sue has started the front of a cushion and is preparing the lions beard before appliquéing his face on. He is a sweetie
Jo an Annette are discussing Counter-change smocking.This method uses stripped or checked fabric and using the pattern on the fabric to sew on rather than pleating the piece up. It's quite easy (apparently - don't ask me though!)

Angie was helping Bridget to cut out her appliqué shapes. She is making this baby quilt for her niece's impending arrival.
And more appliqué from Jan. Spotty farm animals, again to be made into a baby play-mat
And a Ta Dah!!! moment!!

You will have seen these blocks in various stages of completion over the past months. Well - this Fabulous Baltimore Sampler is now finished. The appliqué is stunning the quilting is perfect and Barbara is VERY proud. I am not sure where or if this is headed for another home.
I for one would not part with this beauty! Well Done Barbara!!

Now - Don't forget ladies - You have owned up to reading this little blog, and you all looked to me, like you agreed that it would be nice to see a few more comments on here.

just put your comment in the box and where it says "comment as" you can drop down and click on Anonymous so you don't have to sign in.
I bet I will be able to tell who it is by what you say!!
Let's see shall we?.....

Alternatively, you can sign in and I will be able to reply to your comment.  There is no cost involved.
Let's give it a go!!

We have a regular from Mountain View, California and a new commenter from Appleton, Wisconsin.  Wouldn't it be great to get a comment from overseas!!
Posted by Higham Piecemakers at 18:56 13 comments:

The Wednesday ladies cracked on with their postcards this week too.

Bernice started another one and obviously has someone in mind for this.....
Beverly is making a fun  "spooky" card 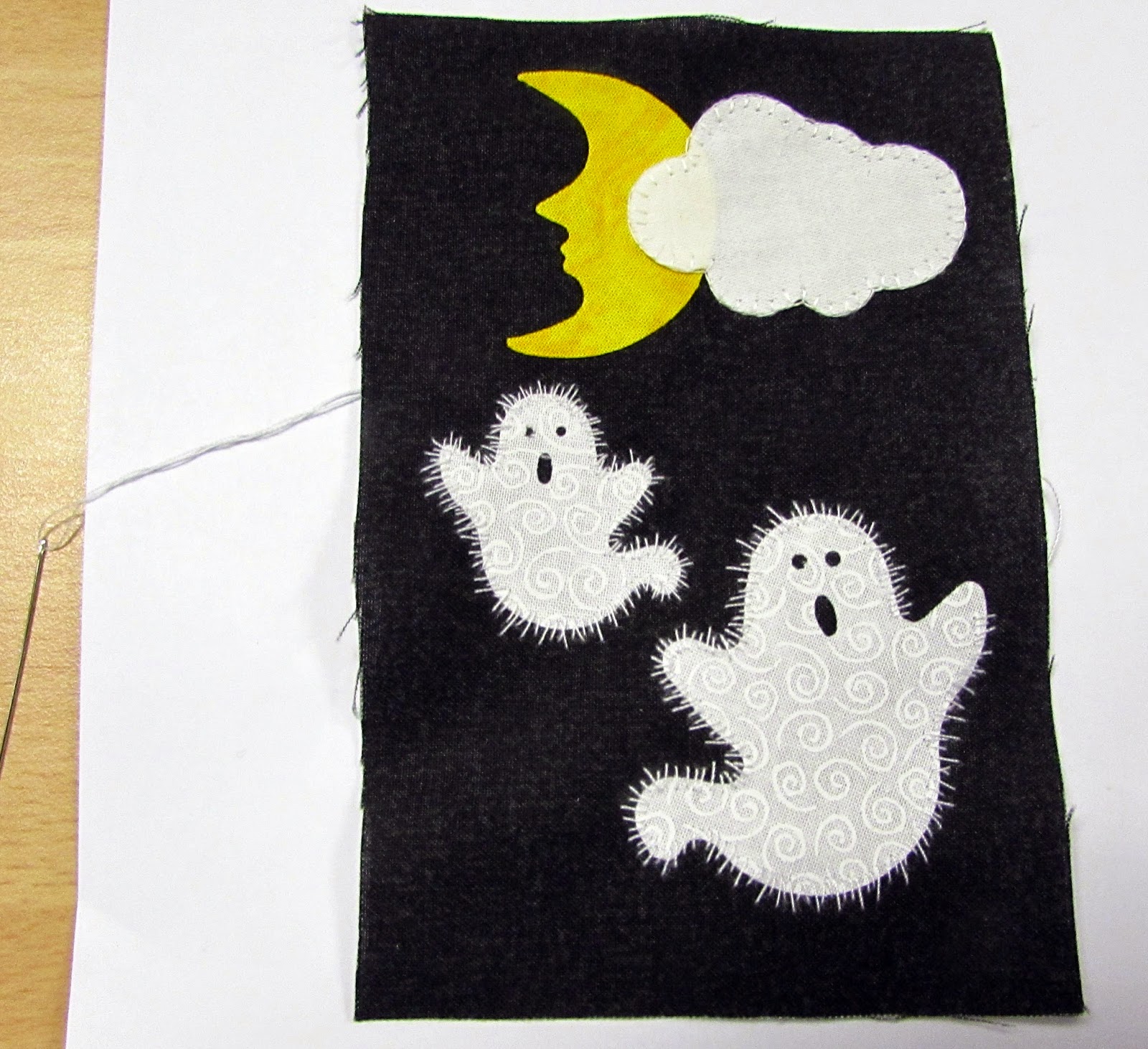 and Carole used felt to make this shiny sun, just his eyes to add here 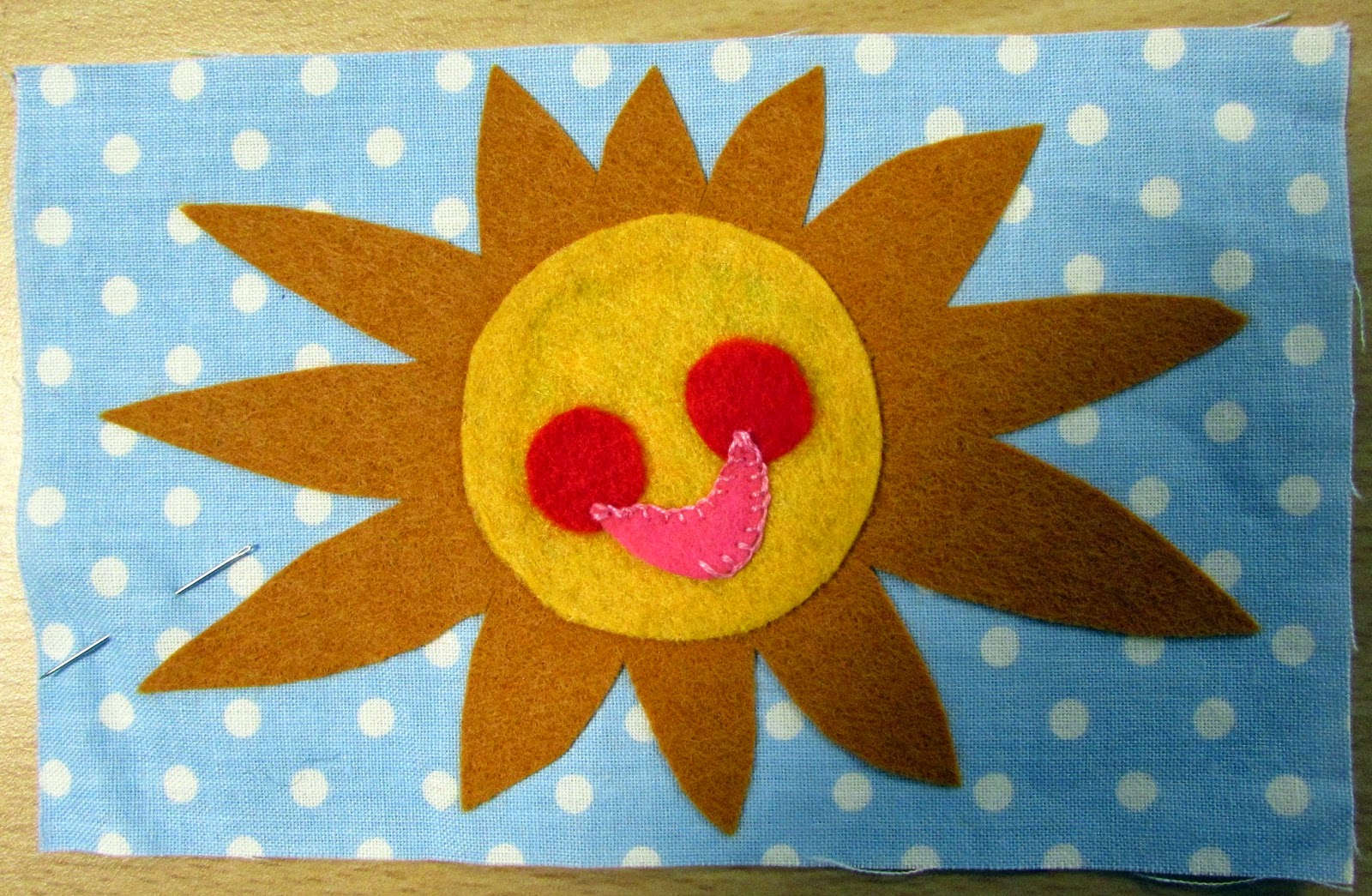 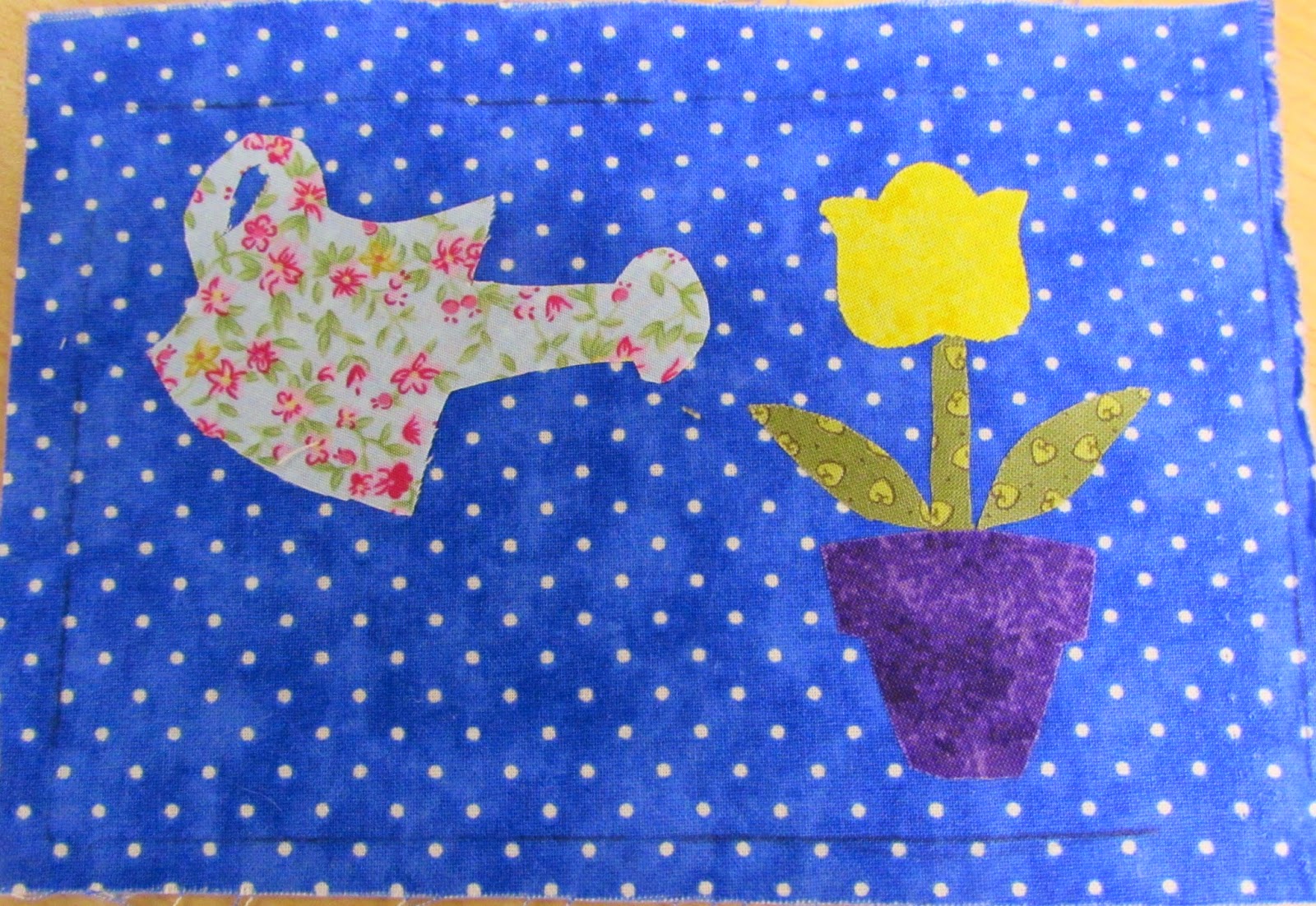 And Linda has begun a forest 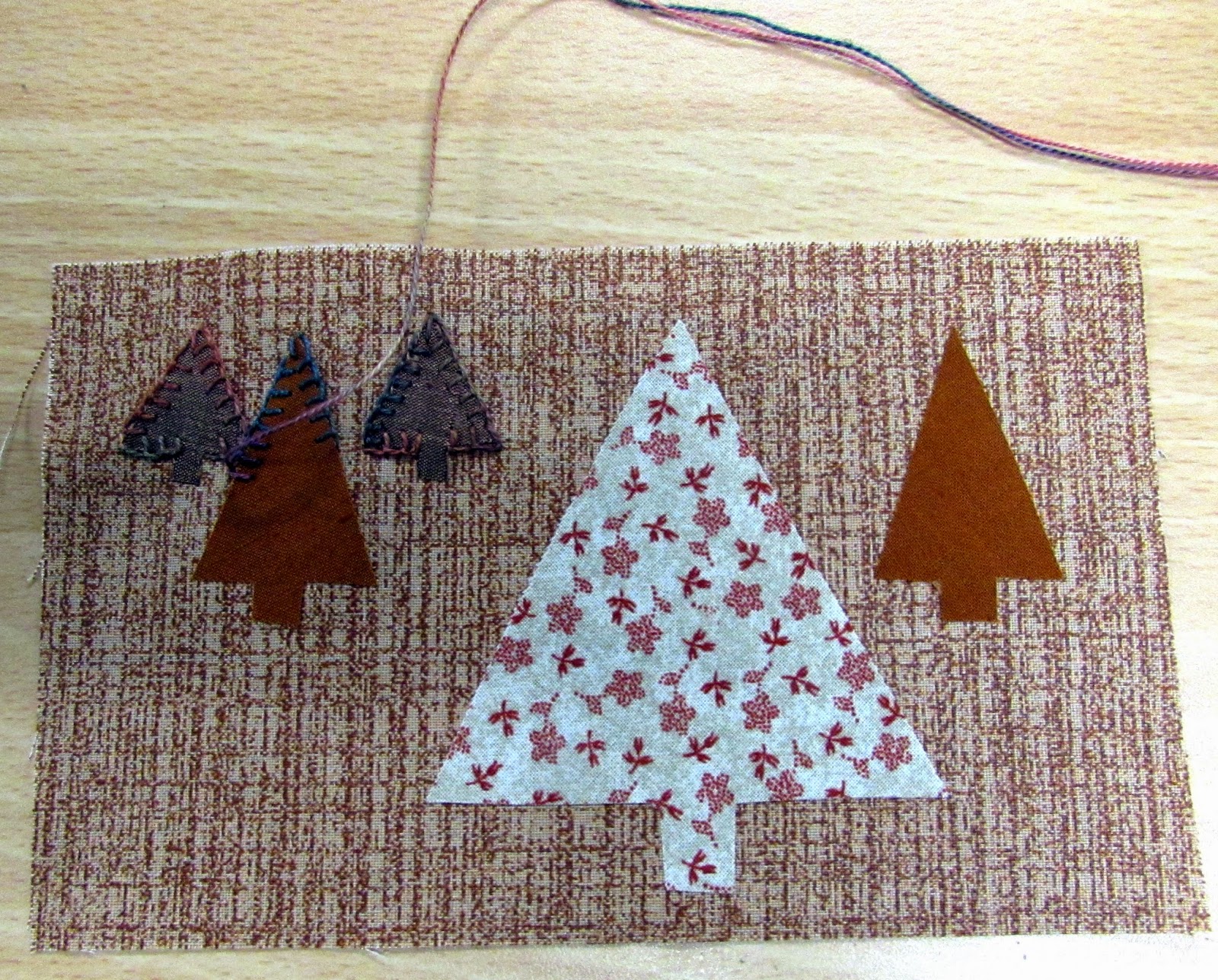 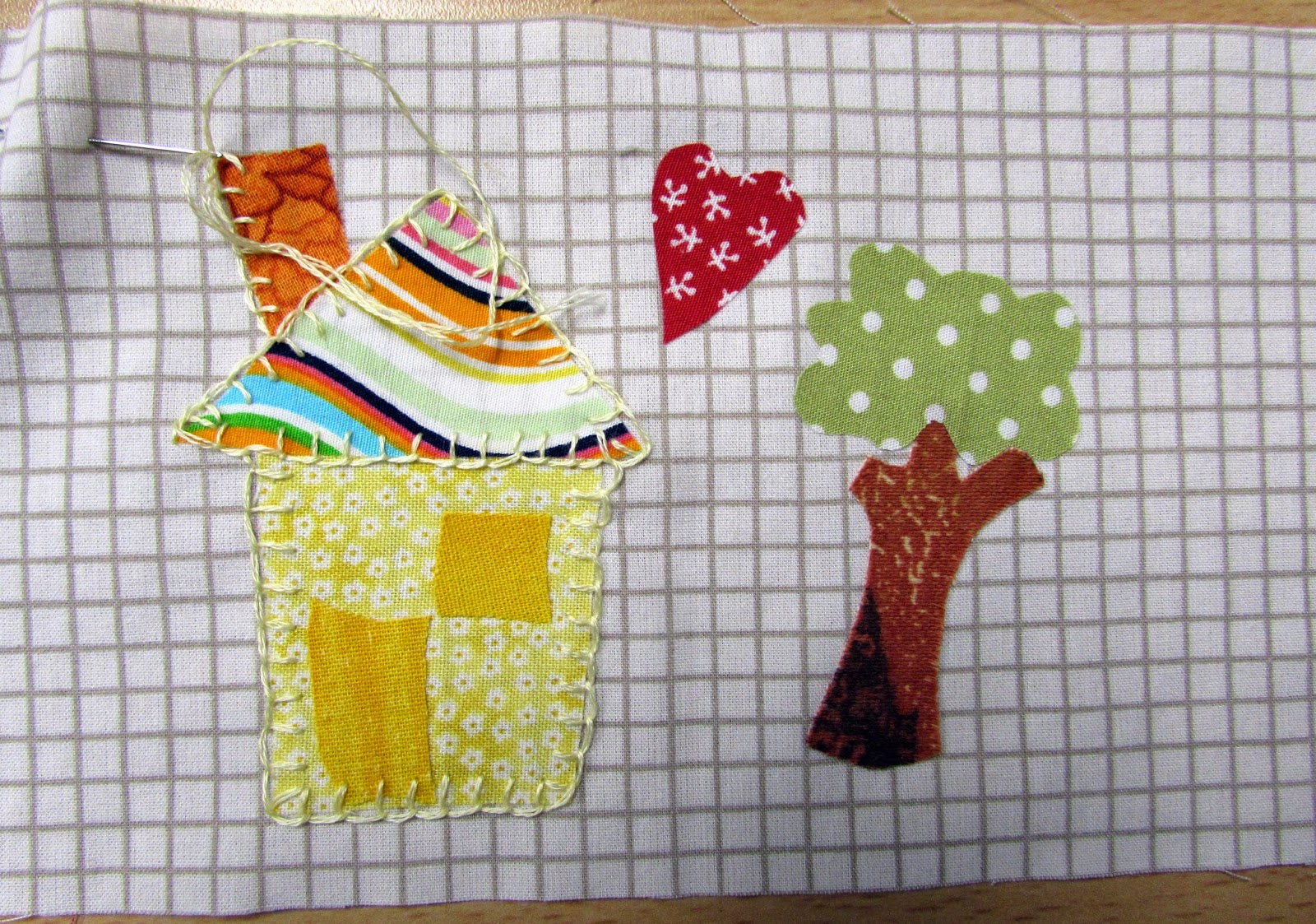 They look so different don't they ? 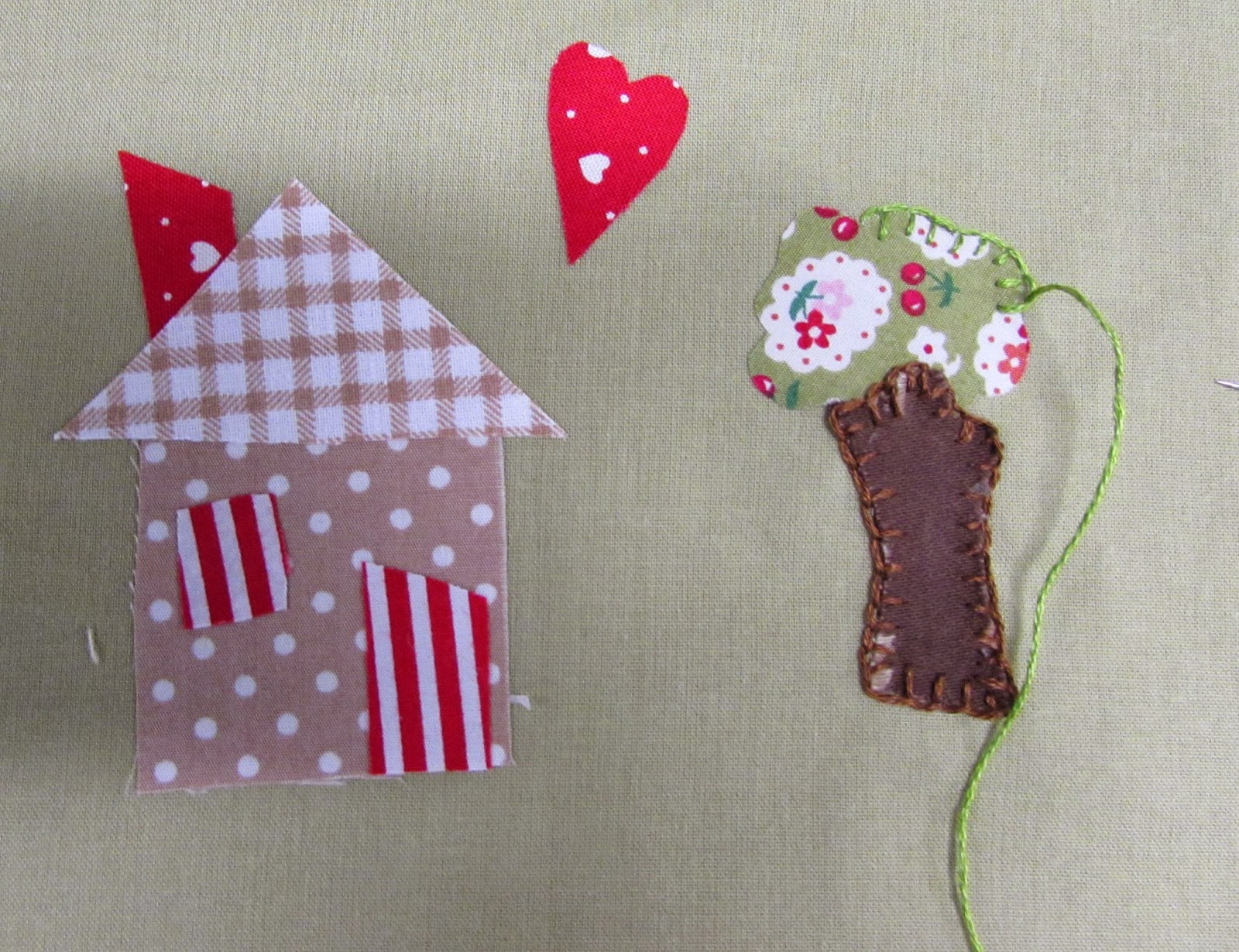 Susan is using a stitchy theme for hers 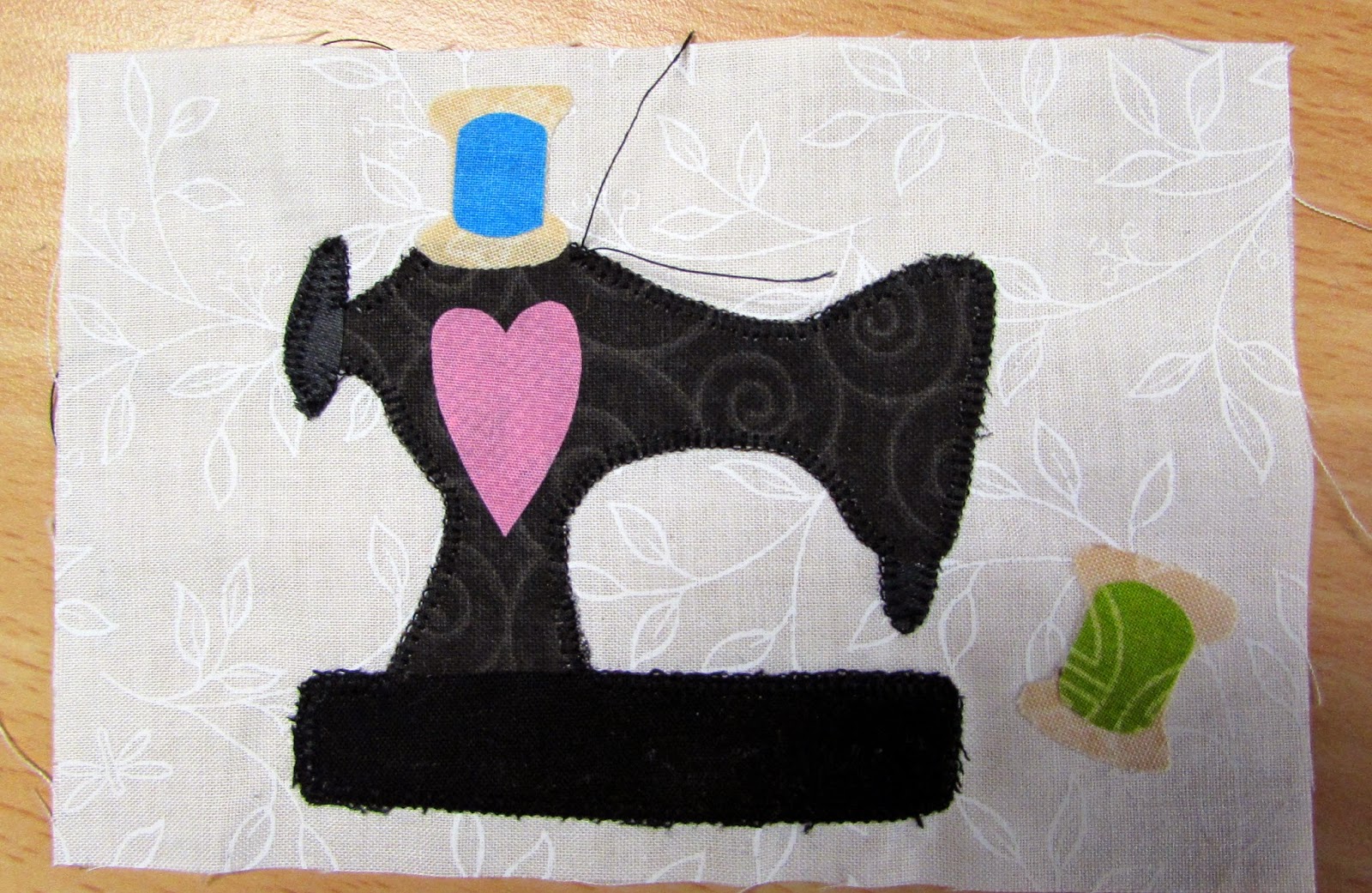 And the other Susan is going all Van Gogh! 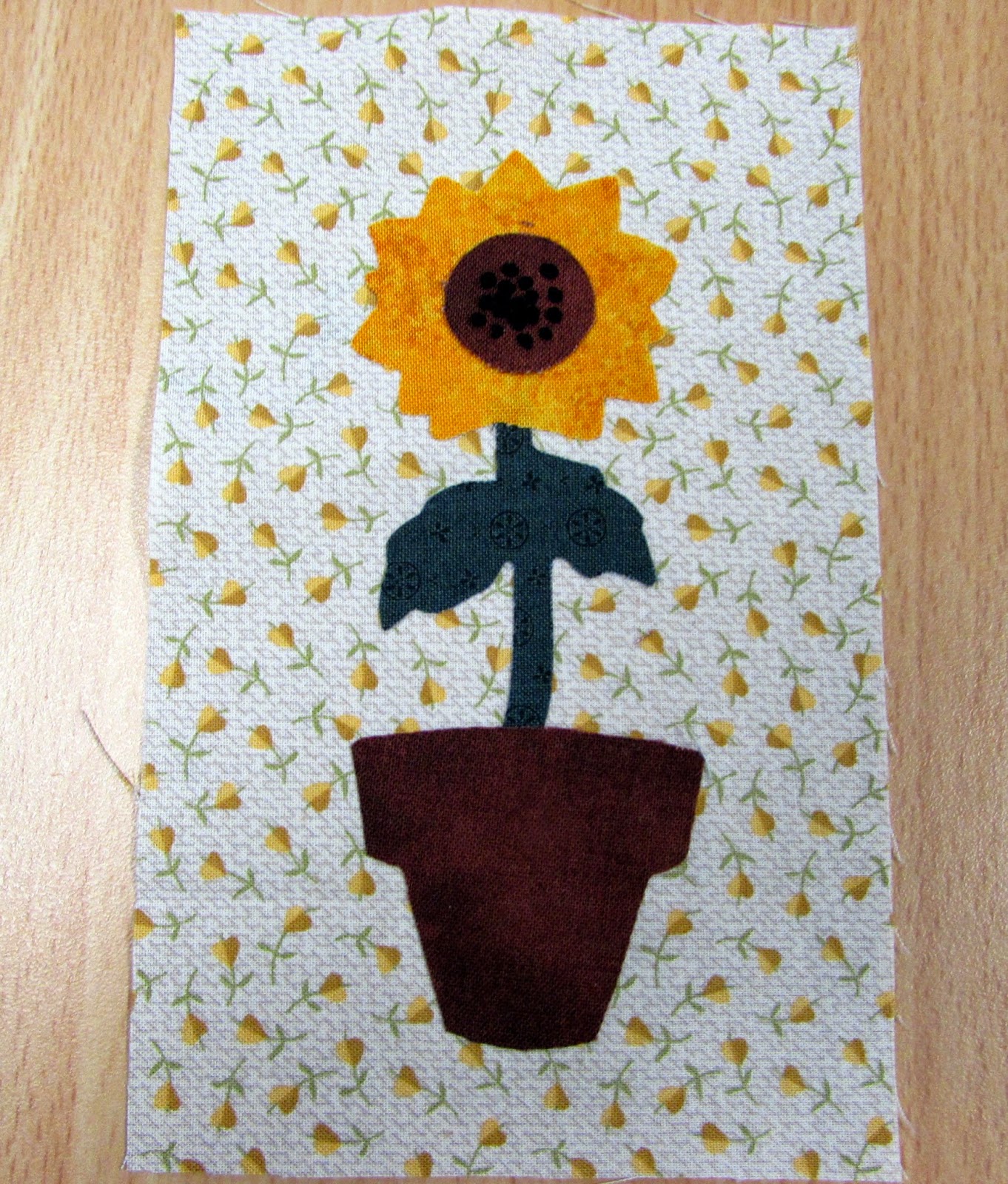 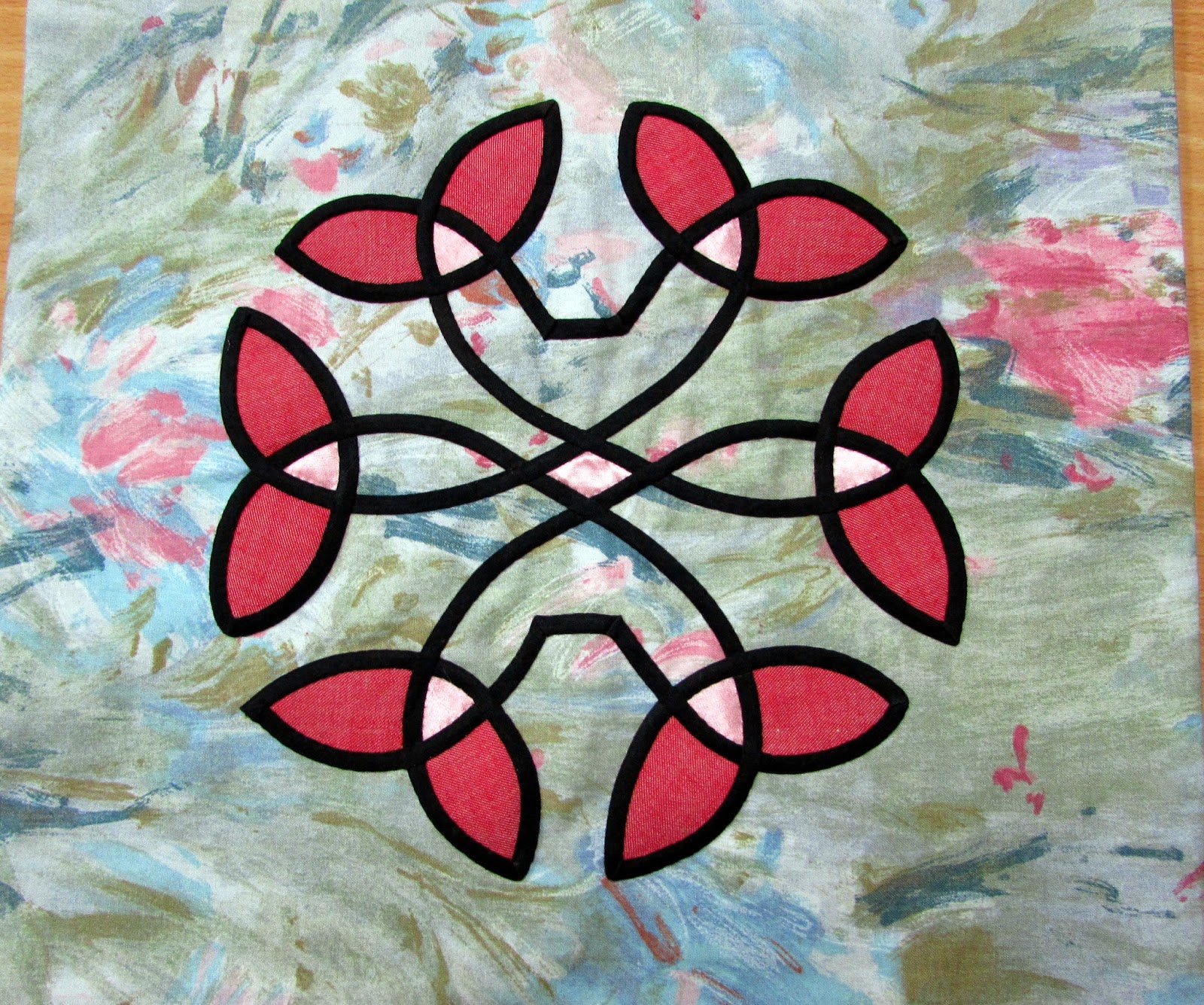 And Sue brought in a quilt top that she is working on. She hasn't been quilting for very long, but Boy! she is productive!! 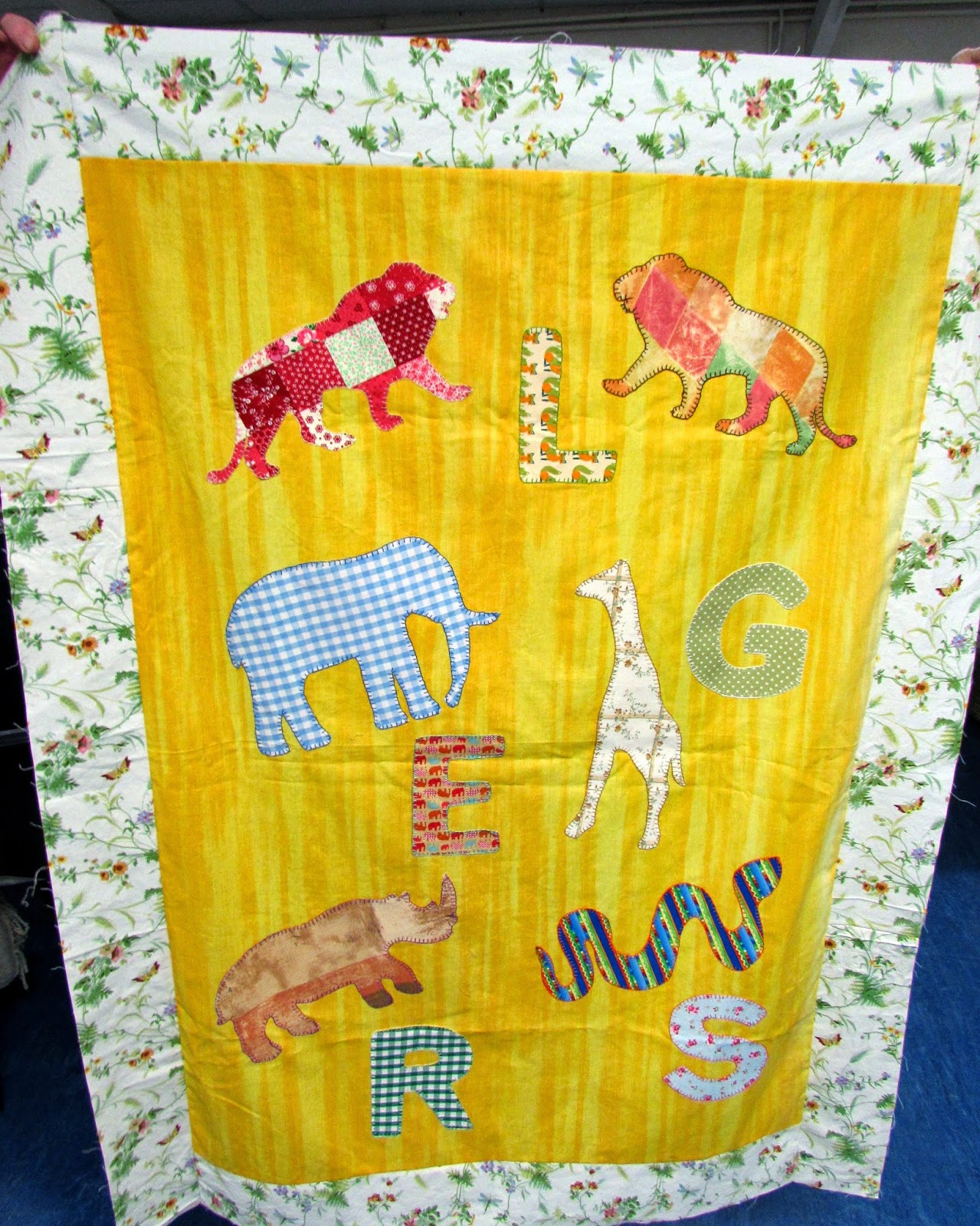 None of the ladies finished their cards tonight, but hopefully we will have a Ta Dah! moment next week.

Posted by Higham Piecemakers at 20:26 3 comments:

Busy Busy at group on Monday. Shirley and Ena had arranged a little workshop making postcards. There were lots of appliqué designs to choose from, with Sun Bonnet Sue being one of the most popular.
There are sweet cards, that can actually be sent through the mail service as long as you don't add buttons and beads.

It looks like Alison is preparing for Valentines Day, and Sue and Glennys are hand sewing their appliqué

Bernice had started a card at another workshop, so she finished hers today
This one is destined for foreign climes 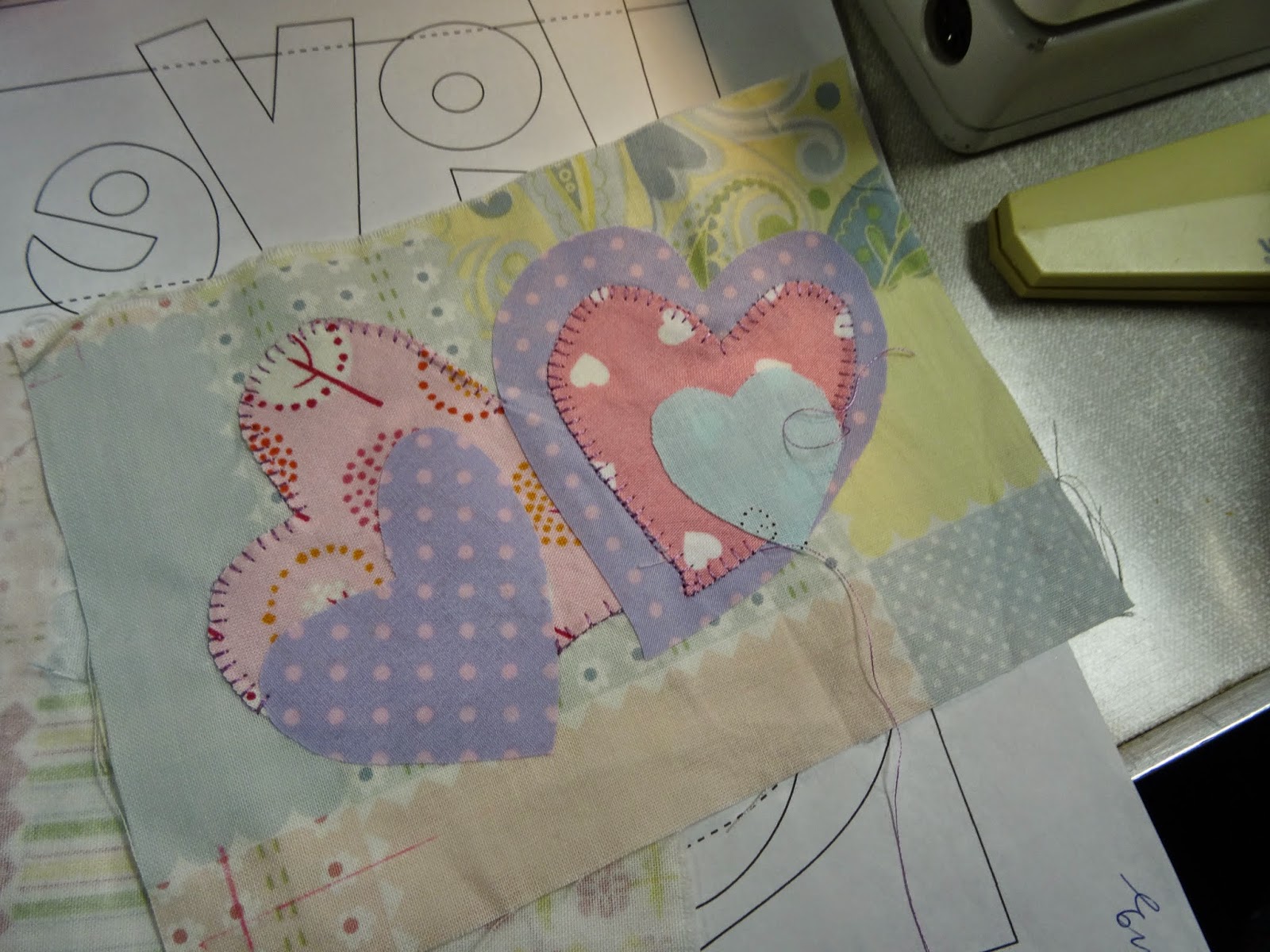 Lynda finishing her edges
This is a handmade card that Sue had received
Pauline browsed though one of the books the our in house library has on the subject.

And the witches Wellingborough girls had chosen Christmas as their subject matter. Not sure if its the speed that they work at, or they just want to get ahead this year>?!?
Christmas finishing is what Annette was determined to complete

If Lesley had got on with things in the morning instead of drinking coffee and staring into space, this table runner might have got a bit further!

Hazel is busy embroidering a piece that will become a needle case
Eileen is sewing a mug rug to pop into her mug bag. Her previous one has run away

Barbara is sewing a bag to pop these Five Little Ducks into, they are for her Grand Daughter who is a teacher and this is destined for a school classroom. 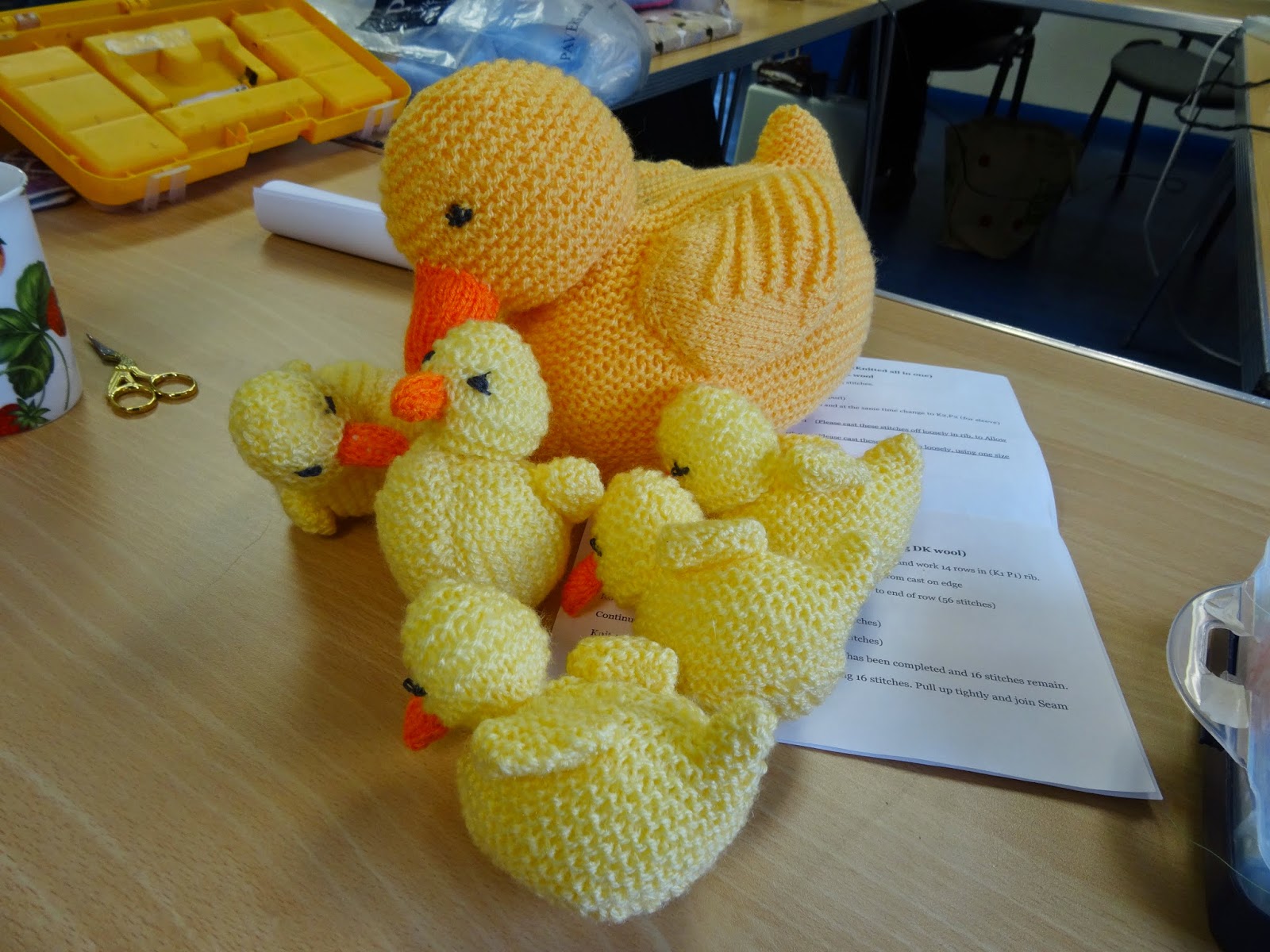 Carole is sewing a couple of Celtic cushions.  These were the items that she drew in the C**p raffle last month. She is delighted with them and wants to thank the kind donor. You see --- one persons c**p is another's treasure. 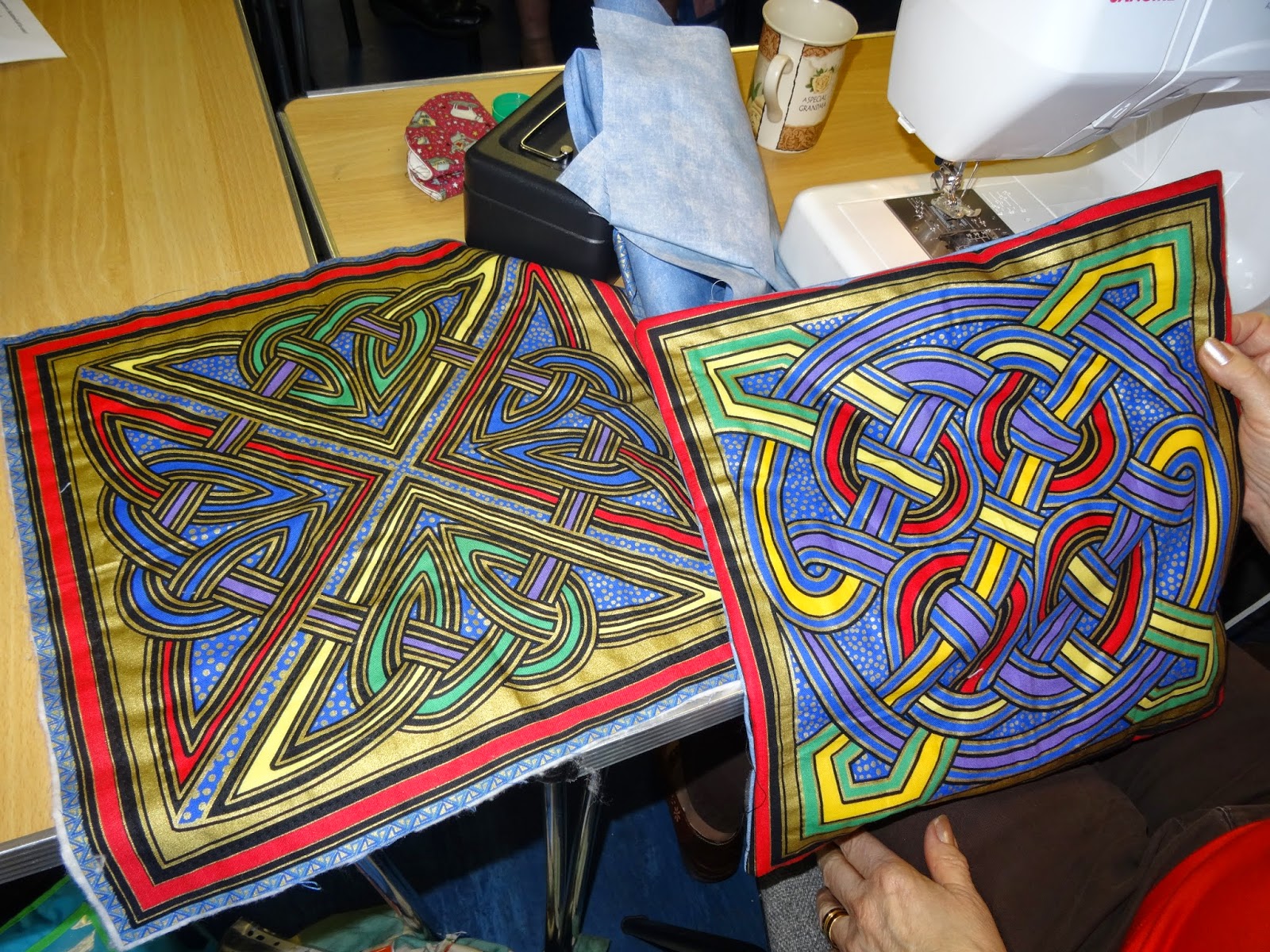 Save your "treasures" for another raffle at next months All Day Session when we will be making Sensory Quilts for People with Dementia in association with Higham Ferrers Mothers Union.

We had raised over £50 on this raffle plus some other bits and bobs that were not actually club funds so we donated £100 to the Sanctuary   - there but for the grace....... 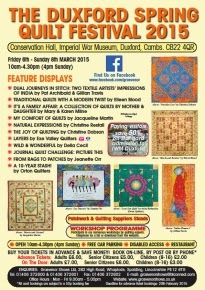 We are hoping that some of you lovely ladies who are unable to attend a whole day, will be able to enjoy a little trip out. Some great quilts to view and a shopping opportunity!
We have only booked a small coach, so get your names down as soon as possible!

Posted by Higham Piecemakers at 11:52 2 comments: